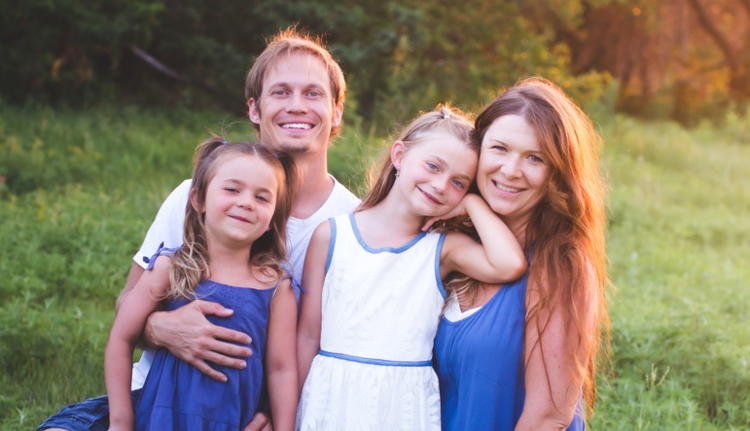 It can be difficult to remain hopeful, for those who have chronic conditions and have tried everything to heal themselves. For Tiffany Jeffers and Heather McKean, Eutaptics was the saving grace that they needed to live healthy and productive lives.

They were, like many people struggling with chronic illnesses, in despair after having tried everything to heal themselves. They found freedom from all of their conditions – using Eutaptics. While it may sound too good to be true, when you understand how and why Eutaptics works, it makes perfect sense.

Tiffany has gone from being chronically ill, to living

Tiffany’s story is one of incredible persistence and the power of Eutaptics at work. She now lives a healthy, active, fun and productive life, free from the chronic illnesses that had debilitated her. Whereas before, she was having suicidal tendencies because the pain was unbearable and receiving therapy from the VA.

Up until October 2013 her conditions included: Severe fibromyalgia; arthritis; chronic fatigue; spinal cord and neck injury; peripheral neuropathy; IBS; asthma; cancer; clinical depression; a range of allergies; and so much more. For the full details of her conditions and how she’s healed, watch the YouTube video: PTSD I had Chronic Headaches, pain, depression, IBS, Cancer, Insomnia and Fibromyalgia

It may seem almost miraculous, but there’s a science behind Eutaptics. You may be wondering how Tiffany become completely free and healthy using Eutaptics?

Robert G. Smith, the CEO of Skills to Change Institute and founder of Eutaptics, tapped on her once using the Eutaptics tapping technique, in a demonstration session at the Eutaptics Transformational Weekend she attended in Oklahoma in October 2013; but that is not what freed her from all of her illnesses. That was just the beginning.

What Tiffany learned through that weekend, and from the tapping session with Robert was how to heal herself. She learned how to use the Eutaptics technique to free herself from her chronic conditions and pain.

The tapping session Robert did with her took her pain away by addressing certain traumatic memories. However, it was Tiffany that needed to take the responsibility of continuing from where he left off, in order to experience complete recovery.

Amazed and thrilled by the fact that she was pain-free so quickly; Tiffany’s breakthrough came after that session. She realized that Eutaptics is like brushing your teeth, you need to do it everyday to maintain a naturally healthy state.She continued to work on herself.

She continued to use Eutaptics on her traumatic memories and other stressors. This is how she healed her physical body from the incredible range of chronic illnesses she had suffered from for so many years. This is how, two and a half years later she is completely free from pain and living a happy, productive, active life with her husband and children.

The key to her recovery and yours, is to keep using the Eutaptics tapping technique to address anything that comes up, as it comes up. That means, any emotions or memories you are too scared or overwhelmed to deal with, just tap on them.

You don’t have to analyze them, just feel them in your body, notice the pain or uncomfortable sensation whatever it is, and tap! When this happened to Tiffany, she would use the Eutaptics process to clear those memories and emotions, and the pain would disappear as a result.

How to Change Yourself – Level 1 Online Training

The Level 1 Practitioner Certification Training program is well pronounced as the user manual for your unconscious and conscious mind by many health professionals, laypeople and life coaches that is designed to deliver fast and profound personal changes for themselves and for clients.
Robert Smith, Founder and CEO of Skills to Change Institute Inc. is giving everyone an opportunity to discover the power to change and improve their quality of life, emotionally, financially, relationships and health, with a powerful set of skills. Click here to view full course details.

The Eutaptics YouTube channel awaits you! Learn from hundreds of videos from Robert G. Smith that are regularly updated.

Robert Gene Smith is the creator of FasterEFT and Eutaptics. He is a Life Coach, a respected leader in the field of personal growth, a popular radio guest and sought after speaker. He is one of America’s leading experts on stress, spirituality, and healing. Robert provides the largest library of free educational videos on healing the mind and body on YouTube, through his channel: Robert Gene, Eutaptics FasterEFT Trainings.

FasterEFT and Eutaptics are a collection of new cutting-edge techniques and processes that integrate the most effective elements of EFT, BSFF, NLP, spiritual understanding, science and the mind’s great ability to transform itself.

This website uses cookies to improve your experience while you navigate through the website. Out of these, the cookies that are categorized as necessary are stored on your browser as they are essential for the working of basic functionalities of the website. We also use third-party cookies that help us analyze and understand how you use this website. These cookies will be stored in your browser only with your consent. You also have the option to opt-out of these cookies. But opting out of some of these cookies may affect your browsing experience.
Necessary Always Enabled

Any cookies that may not be particularly necessary for the website to function and is used specifically to collect user personal data via analytics, ads, other embedded contents are termed as non-necessary cookies. It is mandatory to procure user consent prior to running these cookies on your website.