Discover How FasterEFT can help with Chronic Illnesses 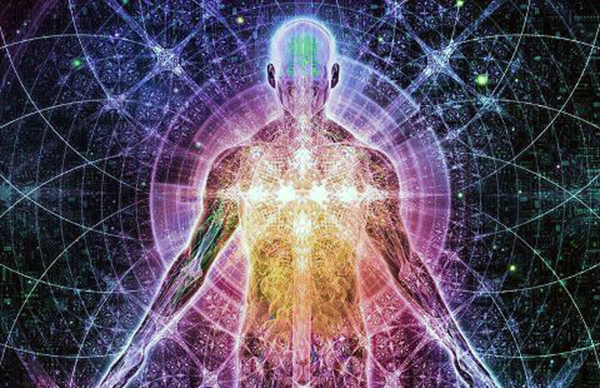 Have you ever experienced pain and exhaustion so debilitating that you can do nothing but cry? This may seem like a bleak picture, but for people suffering from chronic fatigue and chronic illnesses like lupus, fibromyalgia, fevers, pains etc. it’s a fact of life.

We’d like to share a story of how this one woman suffering from chronic illnesses managed to overcome her pain through Eutaptics. Rose Hargrove from Denver, Colorado attended her first Eutaptics seminar, in a wheelchair. Rose was suffering from lupus – an autoimmune disease with no known medical cure.

She had also developed extreme fatigue and fevers, and had difficulty walking. In addition to this, she was experiencing migraines that were so severe, she had to go to the emergency room. Although she was seen by three or four doctors, they couldn’t figure out what was causing the symptoms.

The steroids she was on for the lupus affected her bones. She had surgery for a spontaneous fracture in the L1 vertebra of her back. Rose had come across Eutaptics through Robert Smith’s YouTube videos, and had found it effective in helping with some of the symptoms from her lupus; so she attended the Level 1 training seminar to learn more.

Eutaptics directly affects the mind-body link to disrupt the mental and emotional patterns that cause chronic fatigue. The mind is the brain in action – and the body is house of emotions. Thoughts are connections between neurons (nerve cells) in your neocortex. These connections trigger other physiological processes in the brain and body, including the production of chemicals in the limbic brain.

These chemicals produce various results throughout the body. Since the brain controls bodily functions, and the mind is the brain in action, the mind has a direct effect on the body, and as a result on your illnesses.

Considering the fact that the brain controls the nervous system, and the rest of the body, it’s not a stretch to understand the connection between the activity in the brain and the physical symptoms of chronic fatigue.

If you have chronic fatigue (or any other chronic condition), you have a structure of data or “proof” within your subconscious that it is referring to, in order to produce the symptoms.

In other words: Your subconscious is referring to certain information, memories from your past, that provide evidence of your “reality”. Whenever something stressful happens, your subconscious mind prompts your brain to trigger the responses in your body that produce the symptoms that are recognized as chronic fatigue or other illnesses.

Instead of simply trying to treat the symptoms, addressing the original cause will help you to free yourself from the condition – permanently. That’s what Eutaptics does, through the Eutaptics tapping technique and memory reimprinting.

The Language Of The Body Video Series

Eutaptics is an empowering mind tool which helps you release the stress and emotions associated with pain. Pain is necessary in our bodies to protect us. It is our bodies mechanism to stop us from being burnt, hurt, squashed, trapped and broken. There are two very different types of pain though, one is pain as we feel it and one is suffering as we respond to pain. With ongoing suffering we receive attention and love and support from those around us, at times it defines us and becomes part of our personality to be in suffering. But can we release this suffering? Does it feel separate to pain and how does the mind store it? Click here for to get started!

The Eutaptics YouTube channel awaits you! Learn from hundreds of videos from Robert G. Smith that are regularly updated.

Robert Gene Smith is the creator of FasterEFT and Eutaptics. He is a Life Coach, a respected leader in the field of personal growth, a popular radio guest and sought after speaker. He is one of America’s leading experts on stress, spirituality, and healing. Robert provides the largest library of free educational videos on healing the mind and body on YouTube, through his channel: Robert Gene, Eutaptics FasterEFT Trainings.

FasterEFT and Eutaptics are a collection of new cutting-edge techniques and processes that integrate the most effective elements of EFT, BSFF, NLP, spiritual understanding, science and the mind’s great ability to transform itself.

This website uses cookies to improve your experience while you navigate through the website. Out of these, the cookies that are categorized as necessary are stored on your browser as they are essential for the working of basic functionalities of the website. We also use third-party cookies that help us analyze and understand how you use this website. These cookies will be stored in your browser only with your consent. You also have the option to opt-out of these cookies. But opting out of some of these cookies may affect your browsing experience.
Necessary Always Enabled

Any cookies that may not be particularly necessary for the website to function and is used specifically to collect user personal data via analytics, ads, other embedded contents are termed as non-necessary cookies. It is mandatory to procure user consent prior to running these cookies on your website.